The Spanish Colonial Revival architectural style, all the rage in Southern California during the post-World War I period and still popular today, borrows from a variety of cultural influences throughout the Mediterranean world. Many of the unifying characteristics—thick stucco walls, tile roofs, arches, courtyards, and decorative wrought iron and tiles—first appeared in California via the Spanish missionaries whose chain of 21 distinctive adobe missions were erected in the 18th century along California’s El Camino Real. Rooted in practical considerations about how to find cool shelter from the dry heat, the style later became a fashion statement, as well-to-do Californians embraced this classical form that fit both the climate and their romantic notions of evoking the “Old World”.

It’s no surprise that the Adamsons selected this charming style for their beach home. It was the favorite of some of the most noted architects of the day, including Stiles Clements, their chosen architect, as well as Bertram Goodhue, Wallace Neff, and George Washington Smith.

Adamson House boasts an abundance of Spanish Colonial style features accented by a variety of Moorish elements including pointed arch windows in the dining and living room with the same form repeated in the fireplaces. The profusion of colorful tiles—around fireplaces, bathrooms, kitchens, on stair risers, and in friezes and fountains—may be the home’s most celebrated attribute. 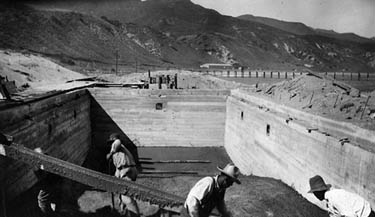 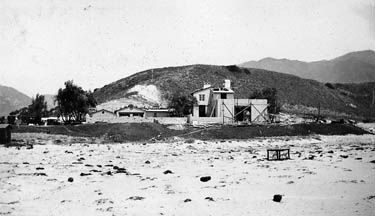 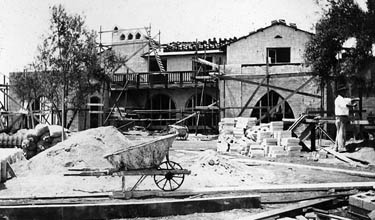 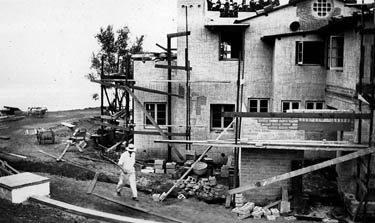 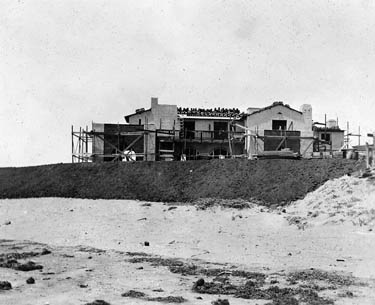